2
Number of pages:
or
Number of characters:
3
Calculate
Price: 0 Rub.

ESTIMATING OF TRANSLATION COSTS
Your request is sent successfully!
In the near future you will be contacted.
Recommendations

Gradoboev N.V.
Chief Engineer «Alabuga-Volokno» (HC «Composite»
Holding Company "Composite" thanks translation and consulting firm "Aristeus" for its work. LLC "Aristeus" is a company capable to make high-quality translation and in the shortest time. Qualified employees are always ready to help you. We hope for further fruitful cooperation.

Uwe Hedike
Airport Neuhardenberg, Director
Many companies actively participated in the implementation of our plans. From our side we are very thankful to "Aristeus" that its staff gave us generous help with translations. We will never forget this great support and leave good memories about you. Whenever there is an opportunity of cooperation, we will be happy to use it!

Bernd Horn
President of the boxing club in Frankfurt (Oder) and a member of the German Boxing Federation
In connection with the 5th anniversary of cooperation of Tatar and German boxing, I would like to thank you, Sergey, for your honourable work. Your exact and vivid translations have played a significant role in the success of this collaboration. You are a patron of sports, and we are honoured to see you with us.

Thomas Ploher
Financial director RMA Pipeline Equipment (Germany)
The creation of our offices in the SEZ "Alabuga" (Russia) in such a short time would not be possible without Mr.Klyushin. Not only due to the timely translation, but also because of his personal commitment administrative barriers were quickly and reliably overcome His loyalty to the client gives you the confidence in a new as yet unfamiliar environment.

Jorg Oelze
Dipl. -Ing. Project Manager TEXTIMA Export Import Ltd.
We would like to thank Sergey Klyushin for his work and commitment in the realization of our project for LLC Alabuga-Volokno. We have come to appreciate his reliability and loyalty in the course of cooperation, so that from colleagues we became good friends. The same applies for his charming colleague Lyaysan Shaymukhametova. We wish the company “Aristeus” success, prosperity and all the best for the future.

Stefan Jugel
Managing Director of P-D Glasseiden GmbH Oschatz
Dear Mr. Klyushin, Your company provides translation services for the P-D Glass GmbH Oschatz in such languages as German, English and Russian. We are pleased to confirm that we are very satisfied with the provided services. Translations are always performed on time and in high quality. We look forward to continue our successful cooperation.
Translation services 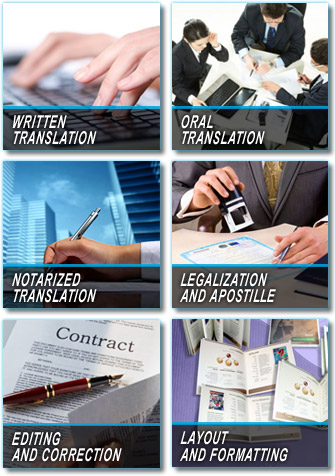 The idea to set up a translation company came to Sergey Klyushin as far back as February 1993, when he received his first major order to translate engineering documentation from German into Russian from Nizhnekamsk Neftekhim. Then he was a second year student majoring in foreign languages at the Yelabuga State Teachers College. It had taken 15 years to implement his idea.

Over time, we have gained a wealth of experience in translation and broadened our client base to include:

Since 2008, within our business activities we have been closely cooperating with enterprises and sport organisations of Germany such as

Among Aristeus' major customers are such companies as

You can see a review of the company's clients under "Our clients" below:

The case of Uwe Krueger, a foreign citizen, heard at an international criminal trial held in Nizhnekamsk has substantially expanded our legal translation expertise.

The company's tender department searches for orders from state and municipal institutions, as well as from enterprises with state participation. Since 2014, the company has participated in 234 tenders. 57 state contracts were concluded.